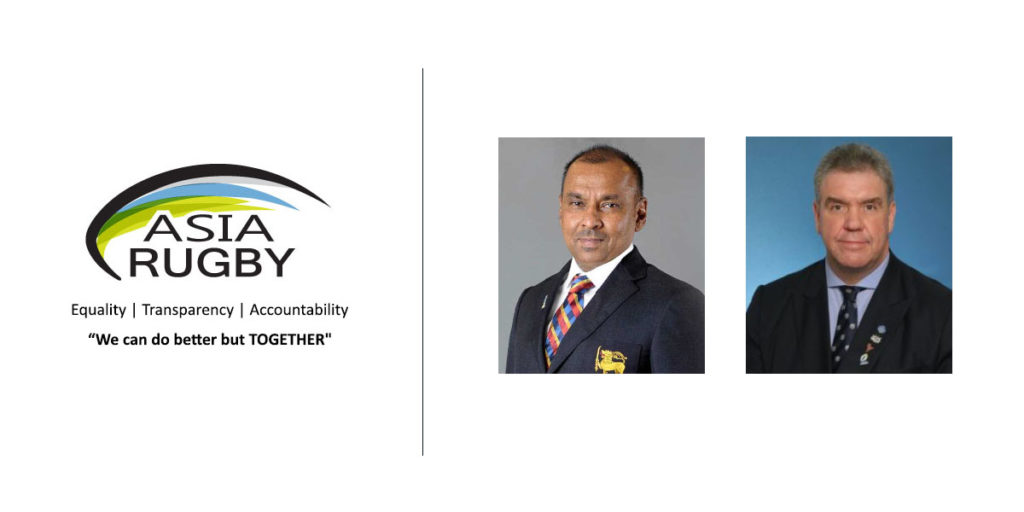 As part of the continual governance reforms by Asia Rugby leadership, on the 12th of January 2021, Asia Rugby Council unanimously approved the EXCO’s recommendation of including two Independent Members to the EXCO.

In accordance with the governance practices of World Rugby and other major Sport organisations; Asia Rugby identified the need to include independent members on the EXCO who possess high-level skills and expertise.

A high powered Nomination Committee was appointed by Asia Rugby President Qais Al Dhalai to shortlist and nominate names for the two positions.

Asanga Seneviratne is not new to Asia Rugby’s Executive Committee: he served as the Honorary Secretary General in 2013-2015.‎ He also served as President of Sri Lanka Rugby Football Union from 2012 – 2018 and is currently the Vice President of the Sri Lanka National Olympic Committee as well as the Chairperson of Asia Rugby Competitions Committee (including High Performance), where he has played a critical role since January 2020.

In November Mr Asanga was also appointed to Sri Lanka’s national ‘High Performance’ Committee, set up under the Ministry of Youth and Sports Affairs.

Seneviratne said, “It’s an absolute honor for me to be chosen by the leadership of Asia Rugby to serve in the Executive Committee to take Asia Rugby forward.”

Gregory Commented “I am delighted and honoured to be part of Asia Rugby’s Executive Committee and the Asia Rugby Family again.  I would like to thank the Council members and EXCO for supporting my nomination. “

He further added, “I will be proud to serve Asia Rugby and pledge to support the Asia Rugby President in continuing to develop our region, for the benefit of all of the members.”