2021 plans are under discussion with the leadership of the NOC. 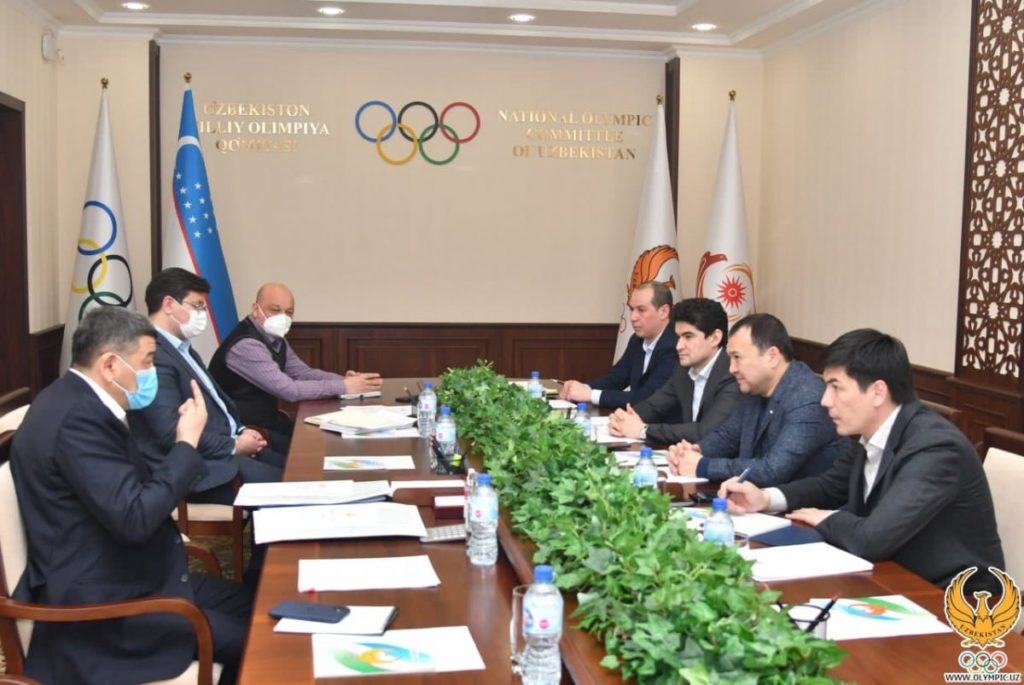 Indeed, we have a very responsible year ahead of us. A few days ago, rumors circulating around the world that the Tokyo Olympics would be canceled altogether were rejected by the IOC and the Japanese government. Therefore, it is necessary to thoroughly prepare for the upcoming competition. The leadership of the National Olympic Committee of Uzbekistan held a meeting in the federations on preparations for the Olympic and Paralympic Games and a number of other topics.
The meeting was chaired by the chairman of the NOC Rustam Shoabdurahmonov. It was also attended by Secretary General Oybek Kasimov, Deputy Chairmen Saken Polatov, Azizjon Kamilov, Sherzod Tashmatov, Head of the NOC Miragzam Mirakhmedov, Director of the Information and Analysis Department Rustam Tuktamishev. During the meeting, Rustam Shoabdurahmonov spoke about the preparations for the Olympic Games in each federation, the training camps for national teams, the period of licensed competitions, the encouragement of the athlete and his coaches on the podium at the Olympic Games. 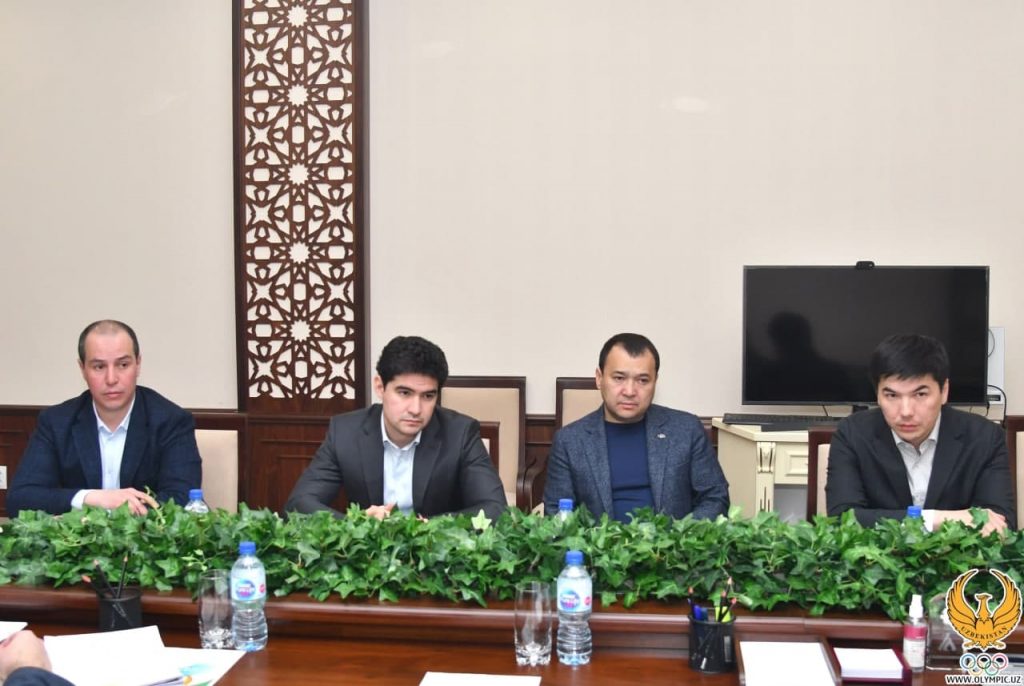 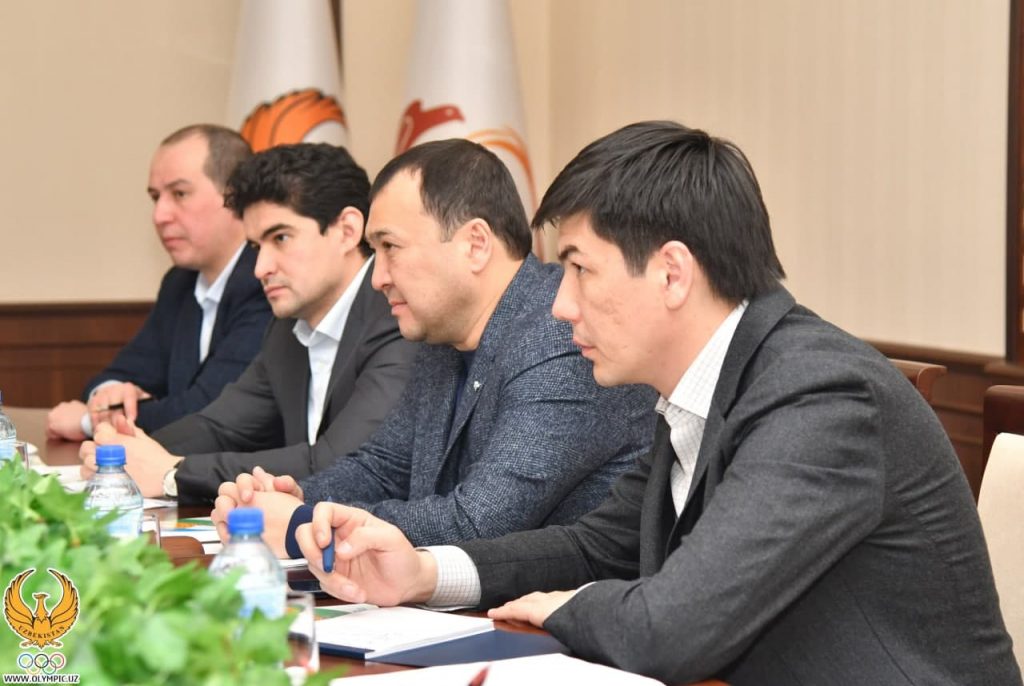 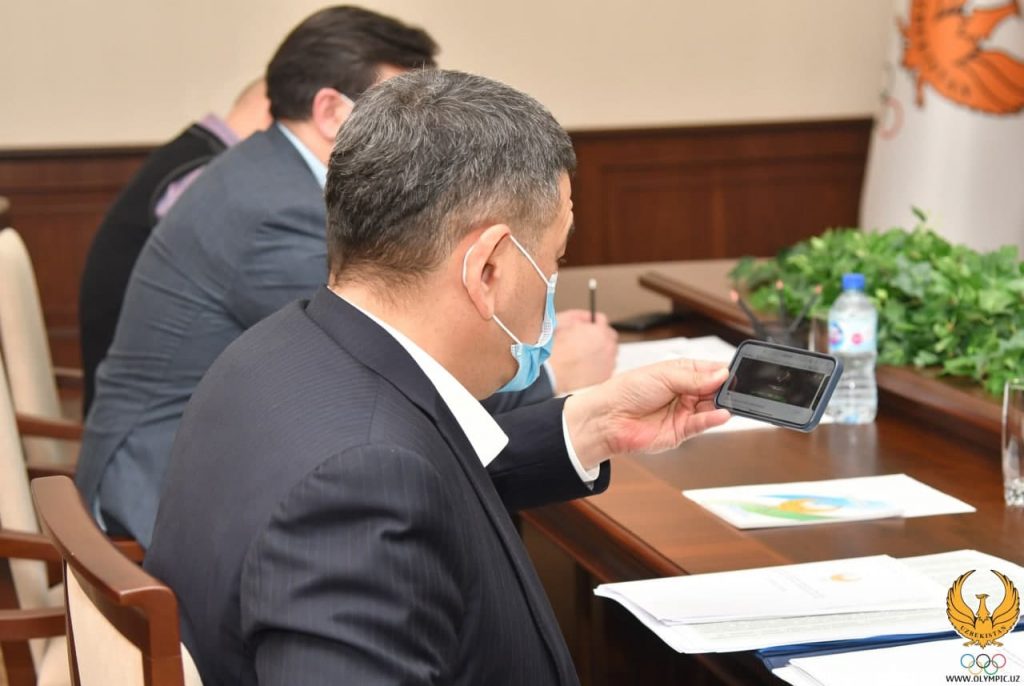 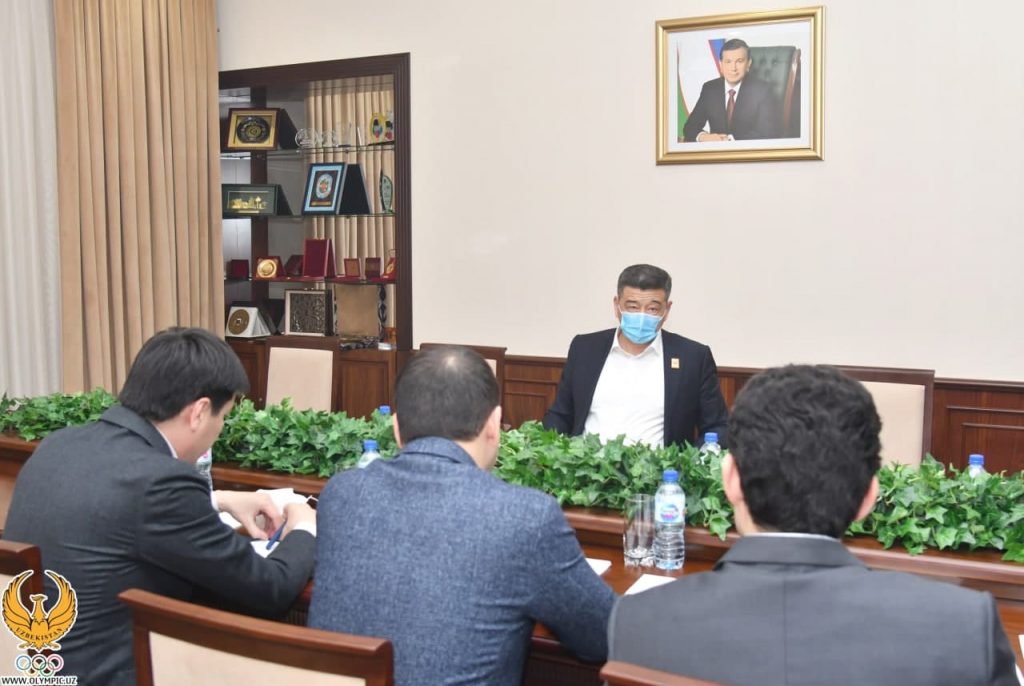 The agenda of the meeting also includes preparations for the major competitions to be held in Tashkent during the year. It is known that in March, the first judo tournament “Big Dub” will be held in our capital, and a fight will be held to defend the championship belts of our professional boxer Murodjon Ahmadaliev. Undoubtedly, these and other major competitions need to be properly prepared in the current epidemiological era. 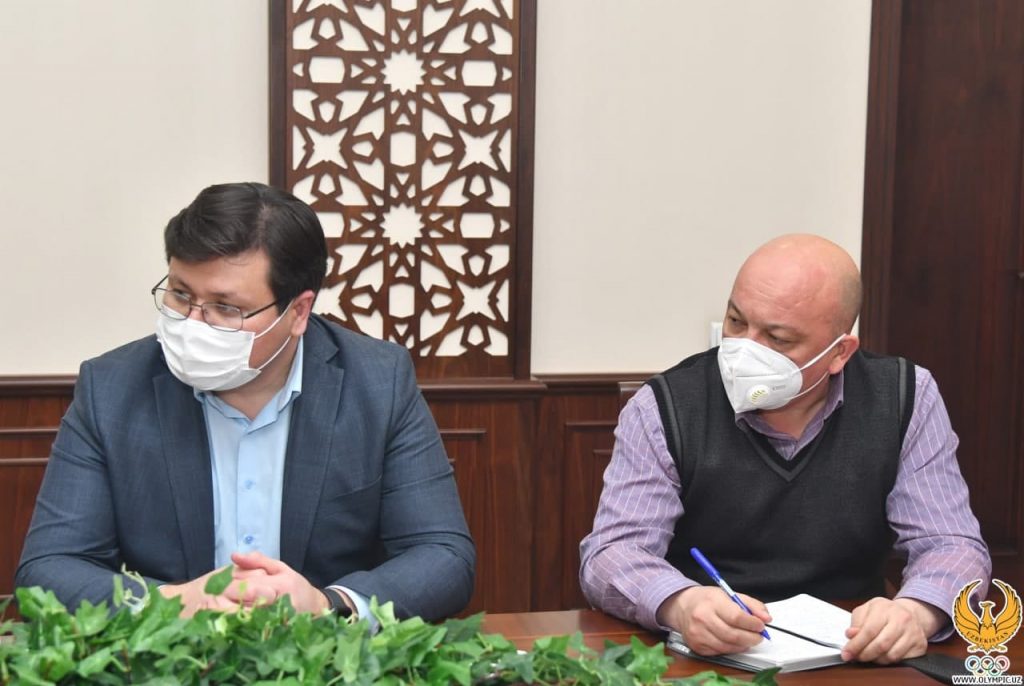 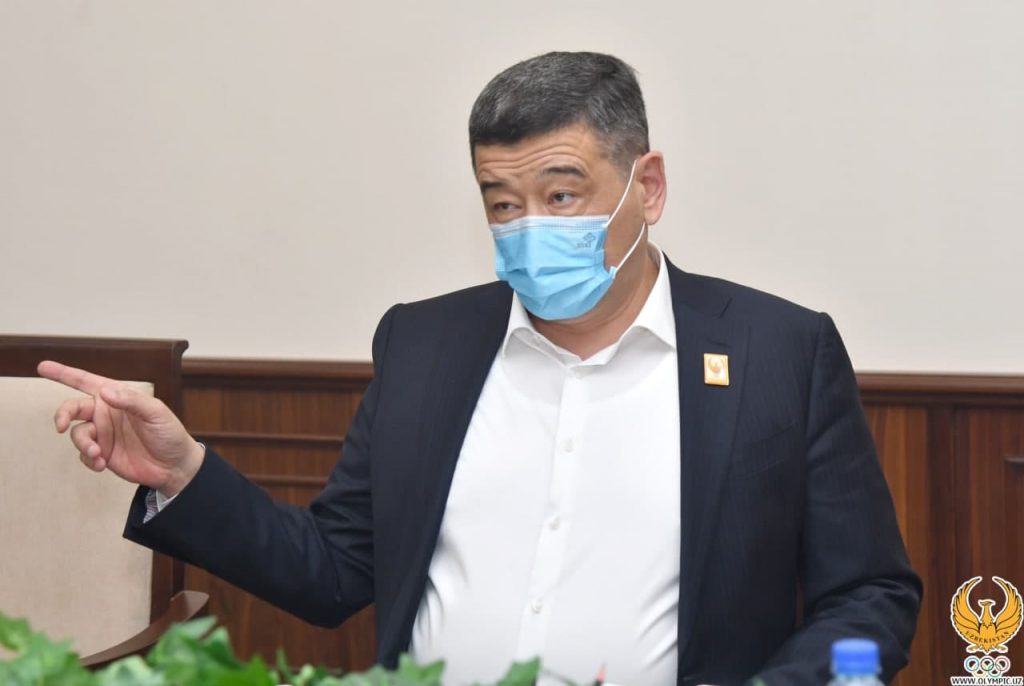 “Careful preparation for the Tokyo Olympics should always be in the center of our attention. Our people, our President, expect great victories from us. In addition, the head of our state pays special attention to the promotion of mass sports in our country, the regular participation of our youth in physical culture and sports. The two races that lie ahead of us are a reality. Through them, we need to promote a healthy lifestyle among our youth, “said the chairman of the NOC. 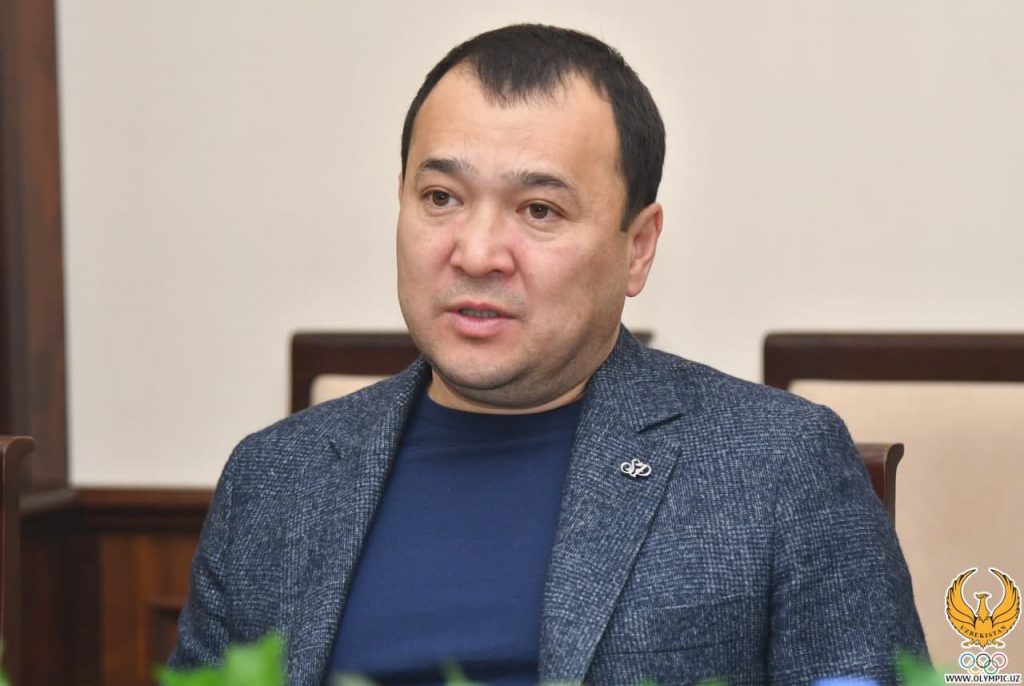 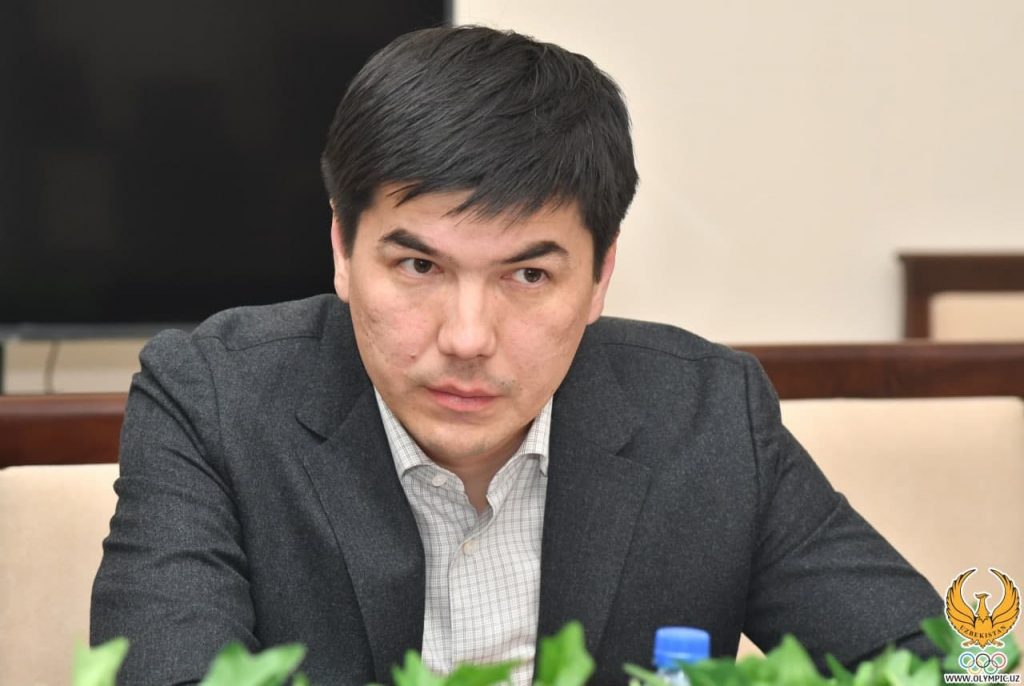 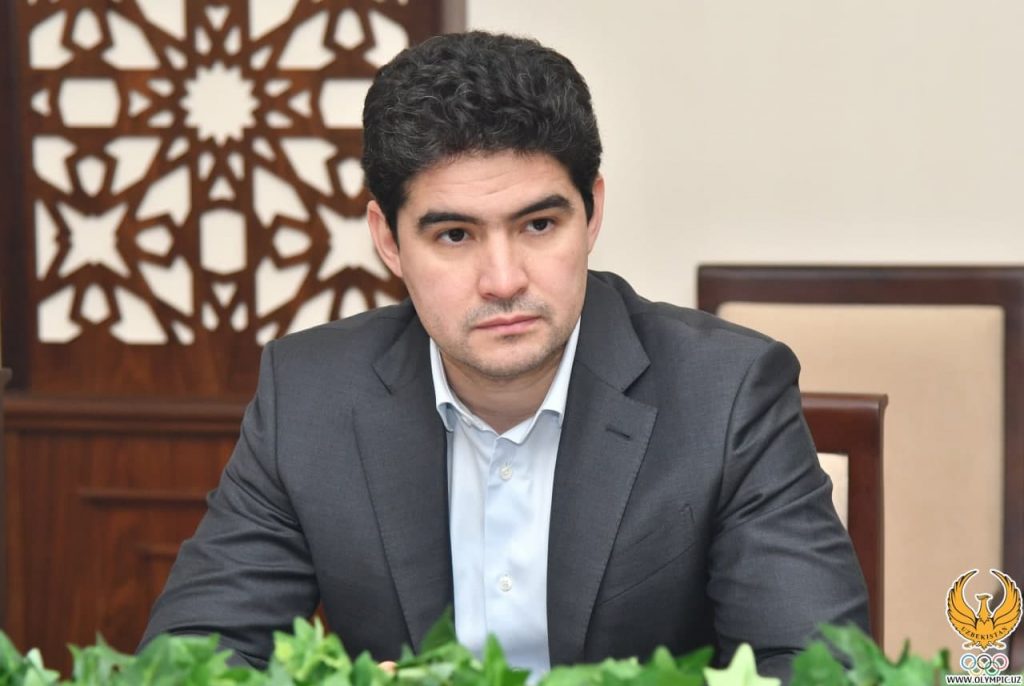 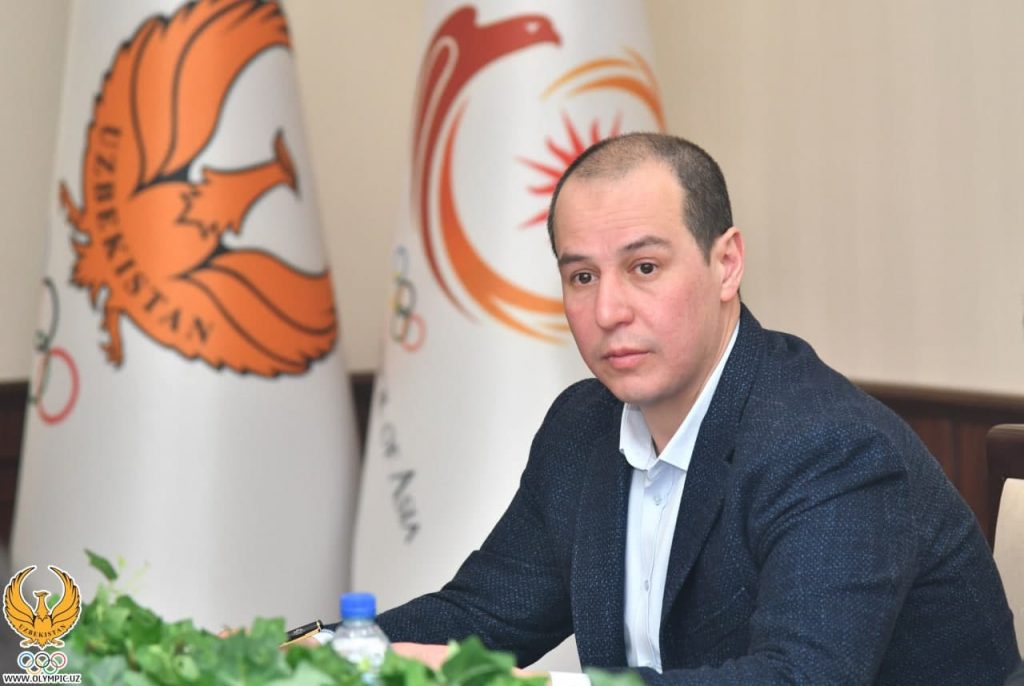 During the conversation, Rustam Shoabdurahmonov made recommendations on sports promotion in cooperation with the Ministry of Physical Culture and Sports, the Agency for Youth Affairs, local and private TV channels, online publications and bloggers. He also touched upon the issues of spiritual maturity and raising the morale and knowledge of our athletes in the areas of national maturity and national ideology. At the end of the conversation, detailed views were expressed on the agenda and a number of other issues.
Source: olympic.uz